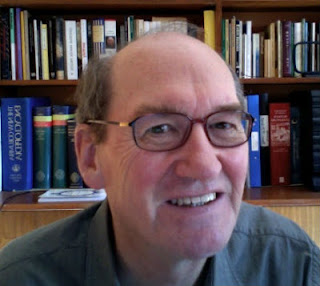 Posted by Sarah, 4th June 2012
To tie with the launch of As I Said, I spoke with Gerry Smith on his approach to translating Lev Loseff's poetry.
SH: In the Translator's preface to As I Said, you write "I hope this translation will encourage others to tackle it". What do you think can be gained by multiple translations of one work?
GS: My approach to translation from Russian has been influenced in particular by my professional academic interest in the history and theory of verse form; in 1996 I translated the best guide to this subject, M.L.Gasparov’s A History of European Versification. Because of this background I realise that there are many alternatives to the strict-form approach that I favour, even though it lengthens the odds against precise semantic equivalence. My commitment to strict form is not primarily academic: my literary/aesthetic awareness was formed in childhood by years of exposure to Anglican metrical hymns and psalms, and I then moved on to classic American song lyrics; ever since I have felt that to be authentic, verbal art needs to be fashioned in the way they are. To me, free verse is elitist and alien, and always has a feel of arbitrariness and self-indulgence.
CONTINUE READING HERE