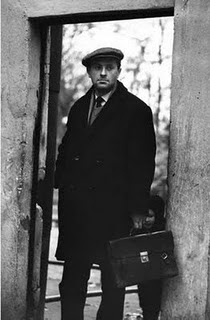 "I met Michael Scammell years and years ago in London.  He was the vigorous, larger-than-life (or so he seemed to me) founding editor of the fledgling journal Index on Censorship, documenting censorship and freedom of expression around the world.
I was an acolyte performing insignificant editorial work in the cramped offices somewhere near Covent Garden – at least that’s where I recall the headquarters, though it must have moved several times since then.  Scammell, a critic and translator, was said to be working on something about Alexander Solzhenitsyn – the biography was published in 1985.
In 2002,  I republished his 1972 interview with the poet in Joseph Brodsky: Conversations – I remember his pleasant note  giving permission after I reintroduced myself.
So I read with interest his “Pride and Poetry”, in the current issue of The New Republic, which considers Lev Loseff‘s Joseph Brodsky: A Literary Life."

Email ThisBlogThis!Share to TwitterShare to FacebookShare to Pinterest
Labels: Brodsky